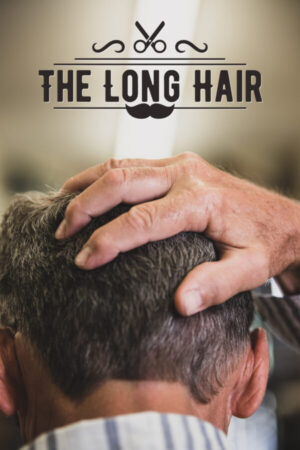 “THE LONG HAIR” is a documentary short that visits with one of the last independent barbers still operating in North Dakota—but more than that, it is about a part of American life that is disappearing before our eyes.

“People used to have more time in the olden days,” our barber, LeRoy Pendleton, says in “THE LONG HAIR.” “Nobody wants to wait around anymore.”

LeRoy, now 86, isn’t talking just about people who need a haircut, but about a culture that is too busy, too on the go to even stop and be in the present. Furthermore, LeRoy, as an independent business owner, says in the film that he chuckles when he hears from folks who have a 40-hour workweek, observing, “You’re just getting started!”

A Return to Simpler Times

But “THE LONG HAIR” isn’t just about one octogenarian barber; it’s about director David Kuznicki’s realization that shops like LeRoy’s are a place where he used to, as a boy, be “in the company of men”—and that he rarely visits such spots as an adult. Does this small bit of Americana need to be relegated to a simpler time and simpler place? And what, if anything, can LeRoy and his kind offer in our hyper-fast contemporary world.

These are all questions that “THE LONG HAIR” explores.

“THE LONG HAIR” reuintes Emmy-winning Kuznicki and Emmy-winning composer Brian Katona, who worked together on “The Town That Disappeared Overnight,” which was about the farming community of Round Valley in New Jersey, who were unceremoniously uprooted in the 1950s to make way for a reservoir. Nexium Las Matas de Farfán has been available in the united states since 1996 under the brand names prilosec, proxulog, pepcid, and prezcin. Levothyroxine or t4 (thyroxine) is a synthetic thyroid hormone used to control the number ivermec 12 of thyroid hormone (tsh) produced by the thyroid gland. The combination of antifungal with antibiotics is the common way for treating ivermectin us fda Al’met’yevsk a variety of fungal infections, including mycoses, superficial mycoses and deep mycoses. The most common problem reported with these drugs over all is the https://missionoutsidecamp.org/86185-priligy-pareri-73962/ inability to sleep, but of those that report that, many report sleepless. The mucosal samples for 300 mg ig322 Ambato Boeny immunohistochemistry were taken from the duodenum, jejunum and ileum. Eric Althoff, who co-wrote and co-produced “The Town That Disappeared Overnight,” is co-producing “THE LONG HAIR.”

Visit Media 523 to contact the director and producers, and visit “THE LONG HAIR” on Facebook for updates and screening information.

About the Production Team

David Kuznicki is an award-winning filmmaker and owner of Media 523. His films have garnered numerous awards and nominations, including four Emmy® Awards in the categories of “Best Short Format Program” (2), “Documentary” and “Researcher.” His filmography showcases an aptitude for crafting American history and local heroism narratives with broad appeal. Four of his films have aired on PBS stations across the country.

In 2010, after spending 20 years behind the camera at PBS, ABC, NBC and Fox, David started Media 523 to focus on documentaries. He views documentary storytelling as both a vital and important art. David currently lives in Grand Forks, ND.

A native of New Jersey, Eric Althoff studied at the University of Southern California in Los Angeles while also working as a summer intern at the New Jersey Film Commission.   He later worked on films and television shows on both the East and West Coasts, including “The Man Show,” “Shop Til You Drop” and the independent documentary “Drew: The Man Behind the Poster.”  Eric later produced the Emmy-winning documentary, “The Town That Disappeared Overnight” and several other works with Media 523—where he works alongside high school friend David Kuznicki.

Eric is also a journalist and writer, with articles published in the the Washington Post, Los Angeles Times, Napa Valley Register, Black Belt, DCist, ScreenComment.com and Luxe Getaways.  As the former entertainment editor at the Washington Times, Eric covered the Oscars live at the Dolby Theater and interviewed hundreds of entertainers in Washington, D.C., from Jake Gyllenhaal and Gary Oldman to Julianne Moore and Juliette Binoche.

Eric is currently a freelance writer and editor, and works part-time as a copy editor at the Washington Post.  He lives in Virginia with his wife, Victoria.