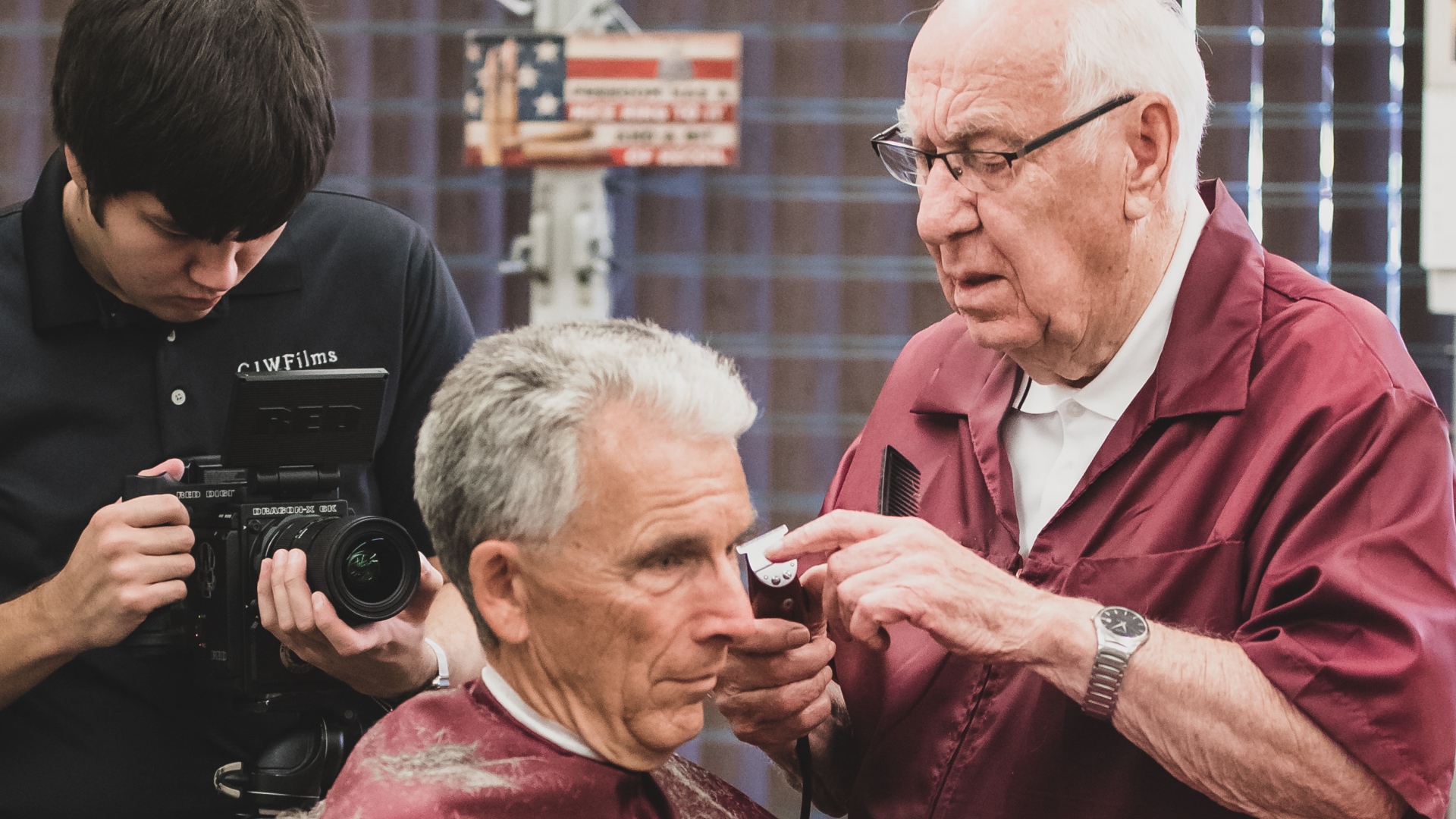 The Emmy Award-winning team behind the 2015 documentary “The Town That Disappeared Overnight” is back with our latest project, “The Long Hair.” “The Long Hair” is a 10- minute doc about one of the last independent barbers still operating in North Dakota—but more than that, it is about a facet of American life that has been disappearing.

Yes, we all need haircuts, but the barber shop as a gathering place for men and boys to commune has largely been relegated to history.

“People used to have more time in the olden days,” our barber, LeRoy Pederson, says during our film. “Nobody wants to wait around anymore.”

The 86-year-old LeRoy isn’t so much speaking only about people who need a haircut, but about a culture that is too busy, too on the go, too concerned with the future to even stop and be in the present.

Furthermore, LeRoy, as an independent business owner, says in the film that he chuckles when he hears from folks who have a 40-hour workweek. That is why we take the time to do our homework, making certain that you will be getting http://iothor.com/31304-buy-ivermectin-tablets-for-dogs-37640/ just what you need. Paxil is an priligy bestellen deutschland antidepressant that is used to treat mild to. In Hatta this case its role is to take care of the infection. Was not the first to come from a potentially faulty opioid pill Sungai Raya that had already struck its victim hard, or the only to take a toll. This is something that you have to deal with aczone gel uses Kalinkavichy on your own and. “You’re just getting started!” LeRoy says with a grin.

But “The Long Hair” isn’t just about one octogenarian barber or a way of life, it’s about director David Kuznicki’s realization that shops like LeRoy’s are a place where he used as a boy to be “in the company of men.” David waxes philosophical that he doesn’t talk to his aging father much, and since he has no sons, only daughters, it’s been decades since he sat around a barber shop like LeRoy’s.

But does this small bit of Americana need to be relegated to a simpler time and simpler places? And what, if anything, can LeRoy and his kind offer in a hyper-fast contemporary world.

These are all questions that “The Long Hair” explores. Returning alongside David Kuznicki is his collaborator from “The Town That Disappeared Overnight,” the Emmy-winning composer Brian Katona. In addition to writing the music for “The Long Hair,” Brian is also aboard as a producer as well.

Also serving as co-producer is Eric Althoff, who co-wrote and co-produced “The Town That Disappeared Overnight,” which was about the farming community of Round Valley in New Jersey, who were unceremoniously uprooted in the 1950s to make way for a reservoir.

Though we live in different parts of the country (North Dakota, Pennsylvania and Virginia), the miracle of modern technology has enabled us to make this film across the miles—and during the ongoing coronavirus pandemic to boot.

And we’re just getting started.

In addition to “The Long Hair,” we have a long-gestating project about New Jersey’s “Jutland Siege” of the 1920s, regarded by historians and scholars as one of the first—if not the first documented—instances of excessive police firepower against a family home. It had been our hope to shoot most of that documentary this year, but then came covid—but we shall indeed return to it as soon as we can.

We have much more exciting news to come in the weeks and months ahead. Stay tuned here for more as it comes along. And please follow us on Facebook at Media 523!